A love story that began digital and soon became reality with these two. After meeting online and getting engaged in one of the most sought out vacation spots, Hawaii, Stephanie and Chris have come together to get married here in the beautiful city of Chicago. Stephanie and Chris wanted to have a small ceremony and due to the pandemic were unable to have their friends & family attend. Their main priority was to make sure to snag as many photos as possible to be able to share with friends/family who weren’t able to attend. Despite it being the middle of winter, these two made the most of their special day and let me tell you… these photos are STUNNING. Keep reading to learn more about Stephanie and Chris’ Winter Chicago Elopement at City Hall.

We started off at the gorgeous City Hall for their ceremony. While some people may view this as “unglamorous” on the contrary, the beautiful interior of the lobby makes for the perfect backdrop in photos. The moment that they both walked into the courtroom, you could tell how excited these two were to get married. After exchanging their vows in front of the court-appointed judge, they were officially married.

One of the best things about eloping is you leave the majority of the wedding planning out the window. There are a lot of reasons why many people choose to elope, one of them being that it is much more cost-effective. The other is that they don’t have to deal with any stress that comes along with planning their wedding. While eloping might not be the answer for everybody, it certainly is an option that I encourage people to look into if they are wanting to do something outside the box.

After the quick ceremony, Stephanie and Chris went outside to greet their family. It was the middle of December, but their family was patiently waiting for them to leave the courthouse… now THAT’S dedication. They even brought some celebratory champagne and did toasted to the newlyweds outside of city hall, how cute!

It was then time for some city portraits! They both really wanted those city vibes, so of course, we had to hit some of my favorite Chicago locations. Our first stop was at the La Salle Street Bridge. It has gorgeous water views and has some beautiful architecture along with the stunning Chicago city in the background. And while we were there, while some may see this as a bit daring, I am a risk-taker – we then made our way to the middle of the street to take a few more photos.  Word of advice: please do this when there is NOT oncoming traffic. Our last stop for the day was the Wrigley Building. For Christmas, the Wrigley Building hosts a Christmas tree lighting ceremony. This beautiful tree stands tall and glistens so it was only natural for us to get some photos in front of the tree.

As I packed up my camera bag and said goodbye to Stephanie and Chris I can’t help but feel so grateful to have been there to capture such special moments. Since Stephanie and Chris couldn’t have their family with them, these photos are a representation of important moments in their life that now they can share with their family for generations. Even though it was in freezing December weather, I would do this 1000x over. Congratulations Stephanie + Chris, cheers!!

If you loved this Winter Chicago Elopement at City Hall, then you’re going to love this Intimate Courthouse Elopement! 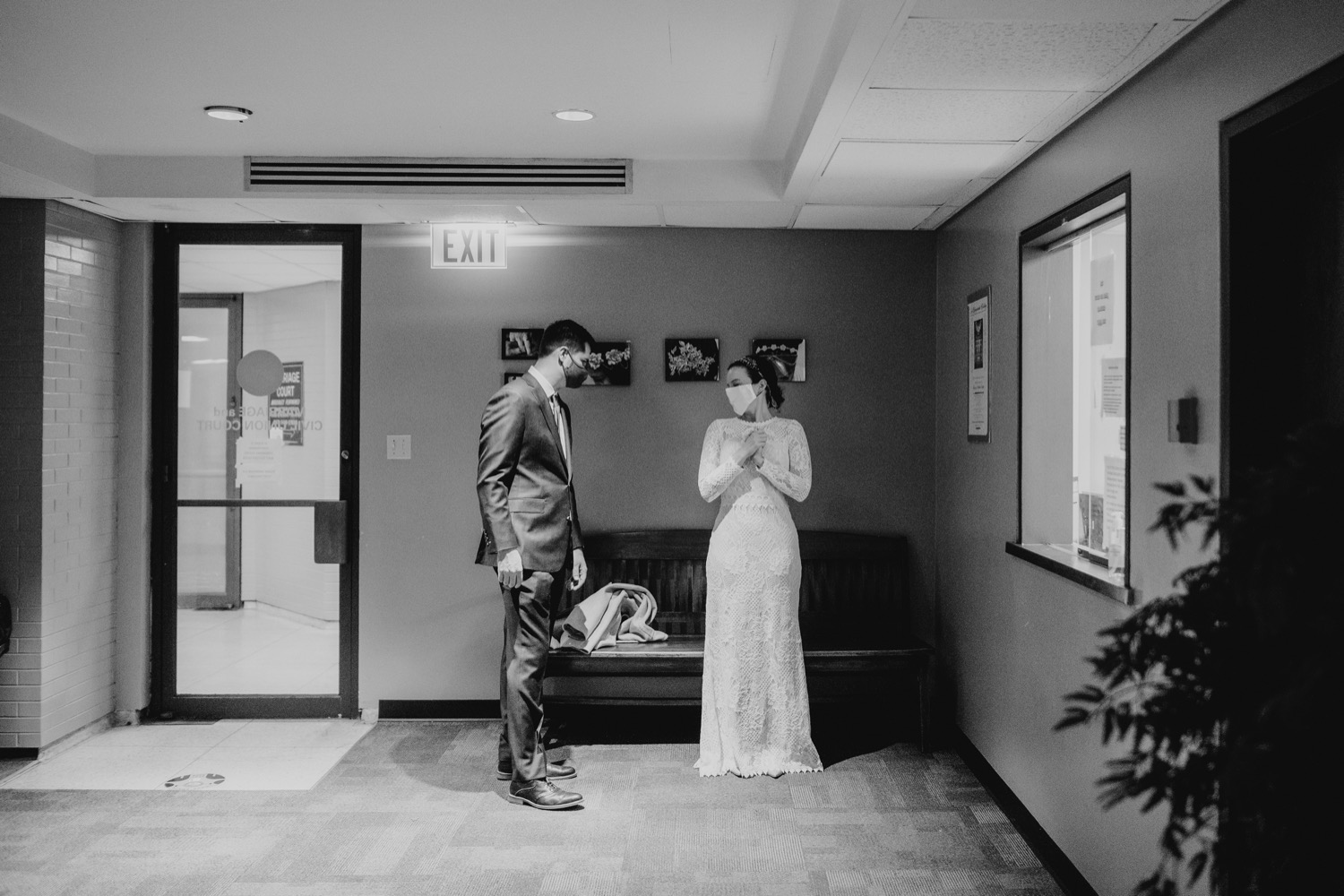 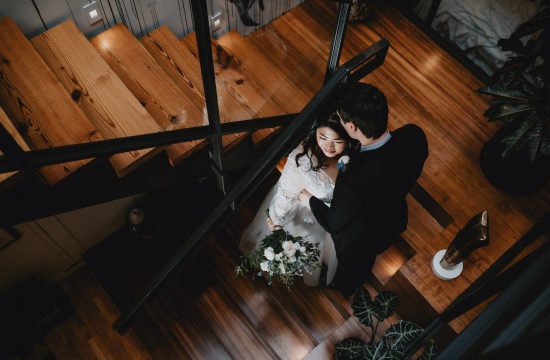 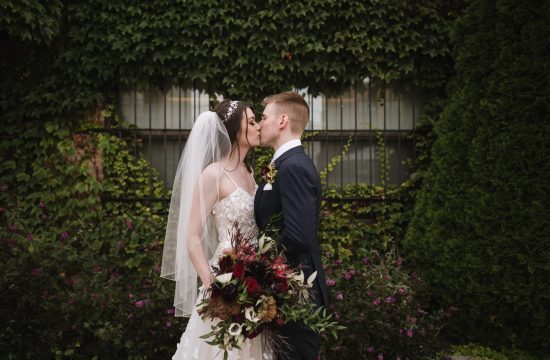 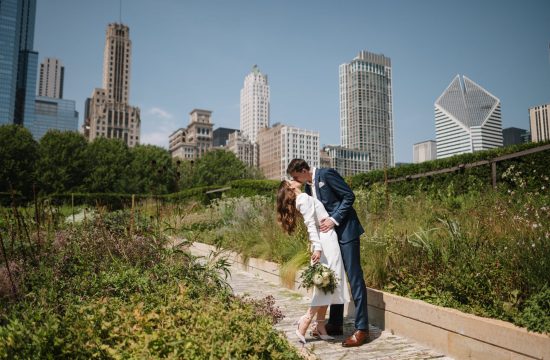